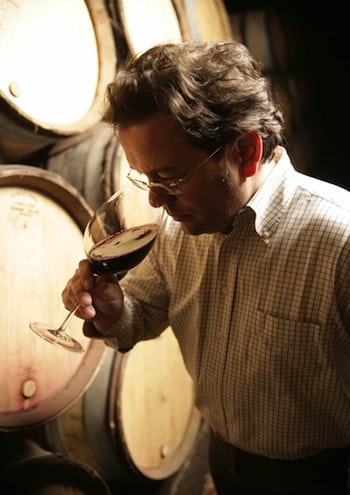 When I talk to people about their weekly Food Diary (such a simple, yet immensely powerful tool we use for Weight Loss Success) we inevitably get onto the delicate subject of alcohol.

Here at Altered Images, we like to consider ourselves as experts when it comes to creating weightloss guides. After looking into this topic in more depth over the last 3 or 4 years I now feel far more confident in passing on what I have learnt and also sharing my own experience of being able to enjoy a glass of wine regularly whilst still managing to lose body fat, shed pounds and ultimately control my weight effectively.

Understanding how wine is made has also helped, thanks in large part to Antony Davis of the Mentzendorff Wine House, who hosts regular, highly informative wine tasting events at Altered Images.

The simple key is the Residual Sugar (RS) level of the wine which means that a wine you feel has a deep, rich flavour may have reached that “finish” by the use of added sugar, as opposed to the longer but natural preparation process to achieve a smoother finish and taste.

So, can you drink alcohol and still lose weight?

As some general advice, if you find a wine with an RS level of 10 or below, there is no reason why you can’t enjoy a glass of that wine every evening with your dinner and still stay on track with weight loss.  I know this is absolutely true as I have followed this same system myself where I changed my breakfast routine, eliminated high-sugar content carbs (white rice, white pasta, white bread) in favour of lower- sugar content ones (lentils and pulses) yet still  had a glass of Pinot Noir or Sauvignon Blanc with dinner.

My first two grape varieties (Pinot Noir & Sauvignon Blanc) were used as more of a generalisation at the start of my understanding of sugar levels, however what I have learned subsequently is that when wine is made properly – and not rushed to the supermarket – it tends to be aged correctly; the inherent flavours are allowed to ‘finish’ so they taste smooth, full, fruity even ‘cheeky’ but all done naturally without the ‘air-brushing effect’ sugar often has on wine. This widens the number of grape varieties you can enjoy as long as you apply the sub 10 RS rule.

Typically a number of non-supermarket wines (made more traditionally following the Lunar or Biodynamic approach to producing) tend to be a little more expensive. For instance varieties like Chapoutier’s entry level wines are in the region of £8-£9 per bottle and have featured in our most recent wine tasting events and these are low sugar and eminently drinkable!

What this demonstrates is perhaps not surprising. If you look at many French people, they don’t tend to be particularly overweight yet they still enjoy wine on a daily basis, so perhaps the key is what wine they are drinking, rather than the fact they are drinking wine at all?

My personal opinion is a resounding YES and I’m sure many of you will be pleased even relieved to hear that!

If you choose the right wine with a lower Residual Sugar content (ie under 10) you can enjoy your wine AND still remain healthy and lose weight.

PS – For anyone interested to learn more about Lunar Wine Production or Biodynamic Viticulture (to give it it’s proper name) and which wine producers use this method,  Google and Wikipedia are a great source of information and you will see Chapoutier mentioned and indeed Chapoutier have a very good website with information about Bio wines.

If you’re looking for a weightloss guide, or you would like to find out more about health and fitness plans, head to our website today. Our Bromsgrove gym is suitable for people of all ages and fitness levels – and our experienced fitness experts will create you a fitness plan that is perfectly tailored to your goals.  If you enjoyed reading this article you may also like to read our previous post on how running can be fun. 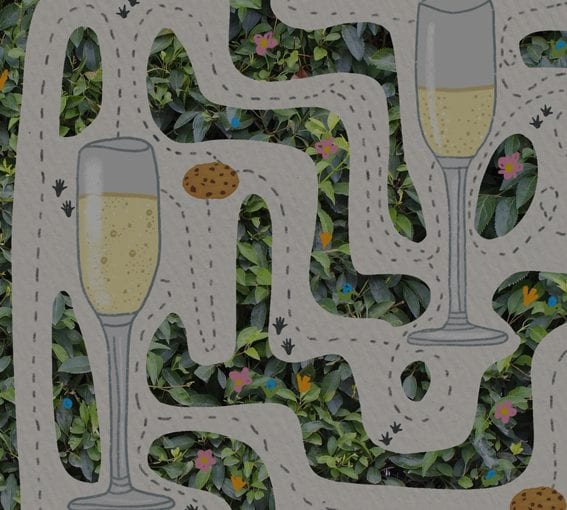 Another week, another headline claiming some supposed health benefit of drinking alcohol. It seems we really want to believe it – but what does the research really show, and who do we believe?

Will alcohol make you live longer? Probably not, but you may have seen the headlines suggesting otherwise – such as the one about how “Drinking three glasses of champagne per week could help stave off dementia and Alzheimer’s disease.” Champagne as preventative medicine? That’d be nice.

The aforementioned headline, the kind we tend to remember, appeared in 2015 but was actually about a study published in 2013. Variations on the “bubbly boosts brain power” theme can still be found on myriad online publications and pop up regularly on social media.

They mostly refer back to a study by researchers at Reading University, which found that rats fortified on champagne were better at remembering how to find a treat in a maze than rats given the alcohol-free drink. In the accompanying press release, Professor Jeremy Spencer was quoted saying: “This research is exciting because it illustrates for the first time that moderate consumption of champagne has the potential to influence cognitive functioning such as memory.”

In rats, that is, not people – and if you are reading this you’re not a rat. As the NHS neatly pointed out in its Behind the Headlines series, “A slightly improved maze performance in a small number of rats does not necessarily translate into humans having a reduced risk of dementia from drinking champagne.”

The “Drinking Alcohol Helps You Live Longer” headlines keep coming. Early in 2018, they picked up on the findings of the 90+ Study presented at the American Association for the Advancement of Science’s annual conference. Conducted by researchers at the University of California, Irvine, the study looks at successful brain aging among those who have reached 90 years of age, with the research so far suggesting that moderate drinking is associated with a longer life.

The researchers also published a study in 2007, also looking at seniors, that found those who drank two alcoholic drinks a day (it didn’t matter what kind) had a 15 percent reduced risk of death compared to non-drinkers. Dr. Claudia Kawas, a professor of neurology and neurobiology at the University of California, said at this year’s conference: “I have no explanation for it … but I do firmly believe that modest drinking is associated with longevity.”

She also said: “Keep in mind that I start studying people when they’re 90. I think it’s very likely that individuals who have very excessive alcohol intake at younger ages don’t even make it to their 90s.”

Can booze really be good for you?

Maybe, a little bit, in some people. A large study published in 2017 in the Journal of the American College of Cardiology surveyed 333,000 people about their lifestyle habits and tracked them for an average of eight years. It found that light and moderate drinkers (14 or fewer drinks per week for men and seven or less for women) were about 20 percent less likely to die from any cause during the study’s follow-up period, compared to abstainers.

Numerous studies in recent decades suggest that lifetime teetotalers might die earlier than light to moderate drinkers, but the underlying reasons for this are unclear and the subject of ongoing scientific debate. It’s hard to separate the benefits of moderate drinking from the other lifestyle factors, and it could be that moderate drinkers have higher incomes and stronger social networks, both of which are associated with better health and longevity. Other researchers have argued that abstainers might have pre-existing health conditions, which increases their risk of dying early.

The study above got around this, however, by comparing current drinkers to lifetime abstainers, to avoid what they call “abstainer bias” and “sick quitter phenomenon”. Their findings supported previous evidence that light-to-moderate drinking “might be protective, especially for [cardiovascular disease]…” But – and it’s a big but – “heavy or binge drinking has serious health consequences, including death.”

The authors also note that an association between mortality and alcohol consumption does not establish a cause-and-effect relationship, or that not drinking is bad for you.

It’s also worth noting that even if alcohol taken in moderation is good for health, it may depend on the site of the body. Alcohol consumption is now linked with several types of cancer, of the oropharynx (a part of the throat), the larynx, the esophagus, the liver, the colon and the rectum, and even moderate drinking (particularly among adolescents and young women) has been consistently associated with increased risk of breast cancer.

A study published last year in the BMJ suggests that even moderate alcohol intake affects the brain, and not (like those champagne-sipping rats) in a good way. In this long-term study researchers from the University of Oxford and University College London assessed the cognitive performance of 550 men and women over 30 years. They then used MRI scans of their brains to look at the size of the hippocampus – the seahorse-shaped area of the brain associated with memory. They found a number of indicators pointing to the negative impact of booze on the brain, including hippocampus shrinkage: 35 percent shrinkage on the right side of the hippocampus in abstainers, a 65 percent shrinkage among those who drank on average between 14 and 21 units a week, and 77 percent for those who drank 30 or more units a week.

The team also found that white matter (the part of the brain that connects different areas of grey matter) was of poorer quality in people who were drinking more. They didn’t find any evidence of a protective effect of light drinking over abstinence on brain structure or function. But reaction to the study has been mixed, suggesting we should probably be as wary of bad news headlines (“moderate drinking causes brain damage!”) as we would be of the good news headlines (“champagne protects against dementia!”).

The link between alcohol and health is complicated, but this is what the science tells us:

Basically, if you like a drop, it still comes down to moderation. But that’s not much of a headline, is it?

Niki Bezzant is a New Zealand-based food writer, editor and commentator. She is the founding editor (now editor-at-large) of Healthy Food Guide magazine, and is currently president of Food Writers New Zealand and a proud ambassador for the Garden to Table program which helps children learn how to grow, cook and share food. She is a member of the Council of Directors for the True Health Initiative, a global coalition of health professionals dedicated to sharing a science-based message of what we know for sure about lifestyle and health.

If you want more health and fitness inspiration simply sign up to Fit Planet and get the freshest insights and advice straight to your inbox.

At Altered Images Gym and Spa in Bromsgrove we can help you to create the healthy lifestyle you have been aiming towards. Call us today on 01527 874395 to find out more about our facilities and classes, we would love for you to visit us so ask us about a free trial!