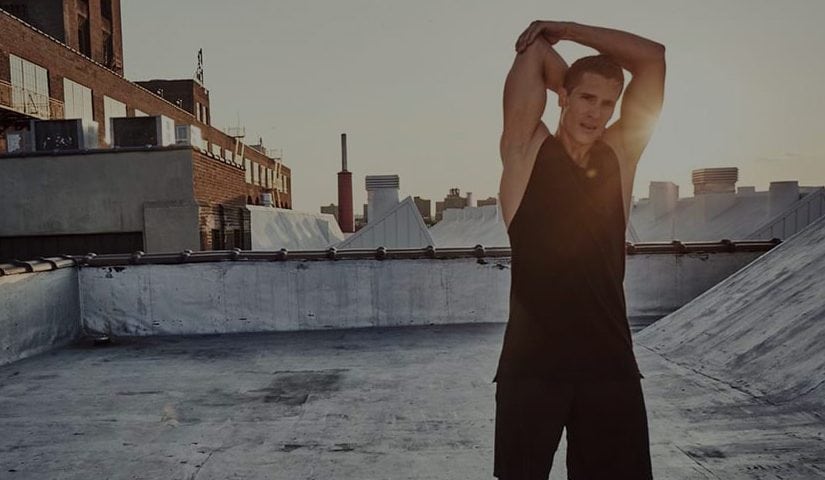 You’ve probably heard that cooldowns are essential for several aspects of recovery, including injury prevention, decreasing symptoms of muscular soreness and preventing stiffness. They have been part of exercise routines for decades, but does research support the prominence that cooldowns are a given?

Cooldowns come in a variety of shapes and sizes, ranging from a quick stretch to full dynamic slowing down of moves similar to the ones you were doing during the session. In general, there are two types of cooldown: passive and active.

A definition of an active cooldown is: ‘an activity that involves, low-to-moderate intensity exercise or movement performed within one hour after training or competition1’.

Until recently there hasn’t been any comprehensive analysis of the benefit of active versus passive cooldowns. However, recently, an international team of researchers in The Netherlands and Australia took all of the existing research ever conducted about cooldowns, checked it for quality, and then reviewed all of the results. This new research paper reveals some pretty interesting findings.

DOES A COOLDOWN PREVENT STIFFNESS AFTER EXERCISE?

Muscle stiffness is a common phenomenon after training and is caused by a tightening of the muscular tissue and the tendons that connect the muscle to the bone, also called musculotendinous tissue. Like DOMS (see below) it can last for a few days after training.

The findings are unambiguous; all research conducted on this has concluded that an active cooldown makes no real difference to muscle stiffness after exercise. However, passive stretching (simply holding a stretch for 6-10 seconds) has been shown to decrease some symptoms of stiffness.

DOES A COOLDOWN REDUCE OR PREVENT DOMS?

Although some studies have shown that a cooldown can make the effects of DOMS more bearable in elite athletes, the majority of studies show that there is no difference in DOMS symptoms when you compare people who have cooled down against people who have not cooled down at all. In fact, some studies even suggest that a cooldown makes DOMS worse (due to the continuing usage and breaking down of muscle during the active cooldown period).

There is no evidence to suggest that stretching (before or after exercise) has any effect on DOMS at all.

Carb-refueling is the idea that you benefit from eating carbohydrates as soon as possible after exercise and that an active cooldown while consuming carbs increases blood flow to the muscles. This allows them to take in the carbs and refuel quicker.

We know that glycogen is stored in the muscles and the liver, and both sets of stores go down during exercise as the body uses it as a fuel. Post-exercise carb-refueling (or post-exercise-muscular-glycogen-re-synthesis) is the process of the muscles refilling their stores of glycogen (carbs) after exercise.

While eating carbs soon after exercise is a proven way to restore glycogen levels in the muscles and liver, it turns out that the kind of cooldown you do makes little difference, although some evidence shows that an active cooldown could actually slow down this process.

DOES A COOLDOWN IMPROVE PERFORMANCE?

While some studies have found that doing an active cooldown can slightly increase subsequent performance (either the same day or next day), just as many studies have shown no real difference in performance, and some have even found decreases in performance. Although a reason for these conflicting results could be because of the differences between the methods of the studies, and it is clear that more research is needed, at this point the evidence suggests an active cooldown does not increase performance. It is worth noting that all of the performance-specific studies to date have been done on explosive high-intensity interval training, like LES MILLS GRIT, so these findings may not hold true for endurance athletes such as marathon runners.

THE BOTTOM LINE ON COOLDOWNS

Evidence suggests that a quick stretch is probably the only beneficial part of a cooldown, and some of the rest of the cooldown process may not assist recovery.

Despite this, many people just “feel better” psychologically after doing some kind of cooling down activity, which is largely down to the placebo effect. The placebo effect is well documented as something which can in itself, be hugely beneficial in all sorts of circumstances, so if you think a cool down helps you, there is every chance that it does.

Bryce Hastings, Les Mills Head of Research says enjoying the “feel good” benefits of cooldown is as easy as gradually reducing activity levels until the heart rate and breathing return to normal.

If the workout you’re doing doesn’t feature a structured cooldown, and you want to wrap up your exercise by bringing your heart rate down, you can have quick stretch of the major muscles (quads, hamstrings, hip flexors, calves, and chest), this will not only make you feel better, but may also help with stiffness too.

Hastings advises that if you really want your body to benefit from enhanced recovery and improved flexibility then a restorative workout such as BODYBALANCE is the way to go. A weekly BODYBALANCE session will help increase your flexibility and core strength, not to mention leave you feeling calm and strong.

WHAT YOU NEED TO KNOW ABOUT COOLDOWNS

Mike Trott is as UK-based fitness professional who specializes in sports personality psychology and sports exercise physiology. He has conducted academic research into group exercise interventions and personality, exercise addiction, and foam rolling physiology, and is also a multi-award-winning Les Mills instructor, trainer and presenter.

If you want more health and fitness inspiration simply sign up to Fit Planet and get the freshest insights and advice straight to your inbox.

Reference: 1. Van Hooren, B. and Peake, J.M., 2018. Do We Need a Cool-Down After Exercise? A Narrative Review of the Psychophysiological Effects and the Effects on Performance, Injuries and the Long-Term Adaptive Response. Sports Medicine, 48(7), pp.1575–1595.

At Altered Images Gym Bromsgrove we have a wide range of training options to help you achieve a healthy lifestyle. From our gym and free weights areas, including an exclusive ladies only gym to our swimming pool and squash courts. We have a friendly team on hand to help you with all your questions and guide you to the best training routine for you. Call us today on 01527 874395 to arrange a free visit, we would love to show you around!